The season is over for me and it’s been a tough one, especially with this shoulder injury. It was also difficult for me to end the last competitions with a decent riding and I had literally no more energy.

But I still had a lot of fun riding this year with truly great things along the way like 2 wins, 5 podiums, about 15 paper articles, 2 TV/radio broadcasting, 1 video, 1 comeback and some incredible shows and kids teaching.

Big thanks to my sponsors, my trainer Blaise Brocard, my manager Simon Chappuis, my friends, my family and everyone who supported me ! Now it’s time relax and to prepare for my operation who will be on the 27th October. 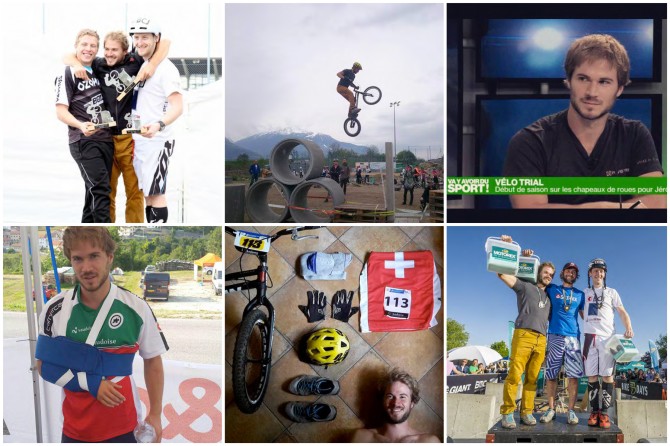 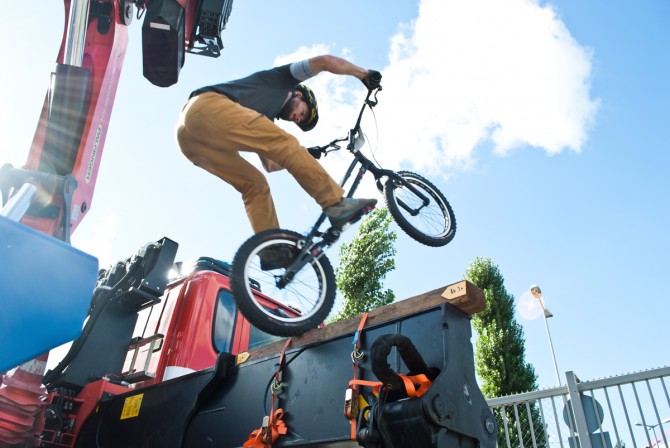 A few words after the World Championship in La Massana, Andorra. Made it to the paper with that pic 😉 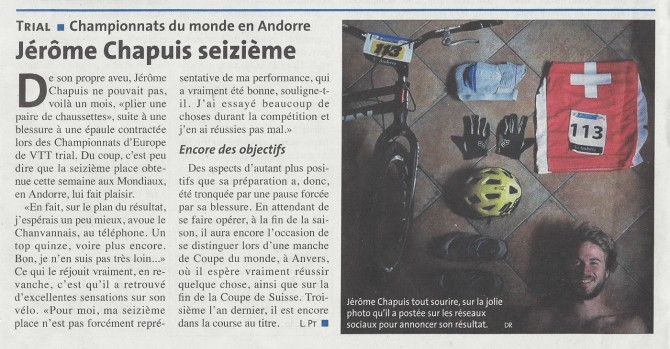 The Trials World Championships 2015 took part in Andorra and ended on a positive assessment. I finished at the 16th place and I had excellent feelings on the bike even if the result do not reflect what I am capable to achieve. We shouldn’t forget that a month ago, I wasn’t even able to put on a pair of socks due to my shoulder injury.

The main lesson to retain on this competition is that I took all the risks possible on the different parts of the competition. Sometimes it paid, sometimes not. At an international level, my sporting goals remain the same with the goal to reach the top-10 in 2016 and then take my place in the top-5 form 2018 on.

Before thinking of the next season, let’s concentrate on the next competition: I will take part part in the next Swiss Cup on the 19th September in Vordemwald (AG). 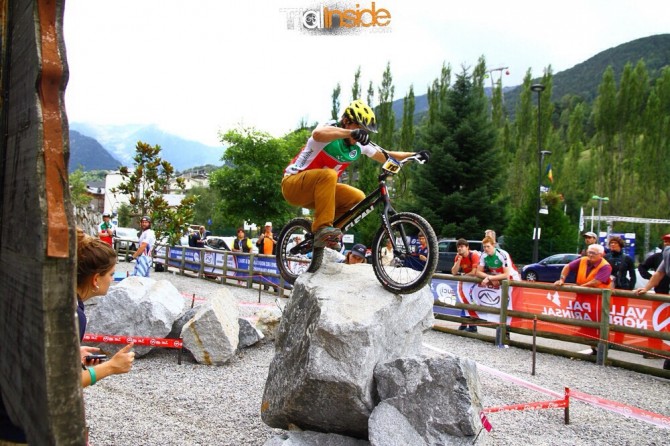 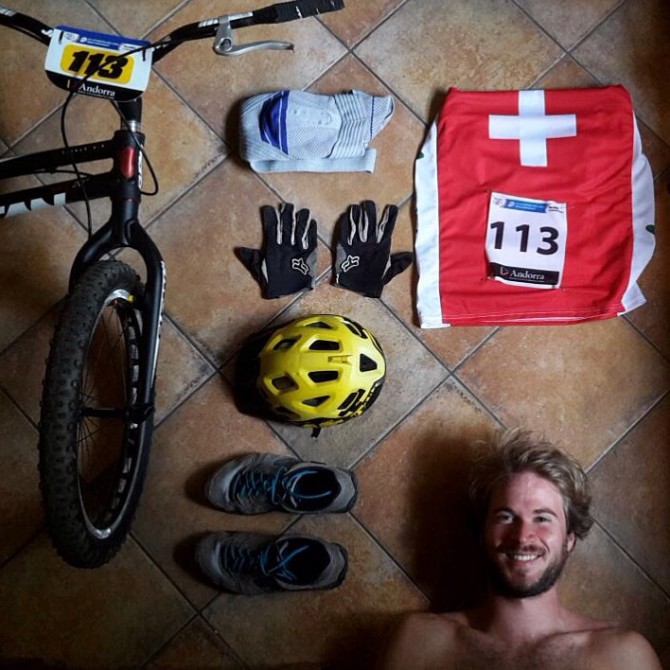 Last week-end, the 22nd and 23rd of August, I took part in the third round of the World Cup in Ablertville (France). I was an important competition for me since after several weeks of rehabilitation, I could finally evaluate how worked my shoulder in competition. Furthermore, is was the occasion to get my official qualification for the World Championship the following week.

First good news: my shoulder worked well and with no pain ! After the first lap where I did quite a lot of mistakes due to the insecurity of my shoulder, the second lap worked well and I end at an honorable 20th place. I wanted to do better and I’m able to do better. But in the context, I really happy to have good sensations back on my bike.

Second good news: I did get my qualification for the World Championship ! It will be from 31 July – 06 September in La Massana / Vallnord (Andorra).

Do not hesitate to follow me and get the live results on:
http://www.uci.ch/trials/ucievents/2015-trials-uci-mountain-bike-trials-world-championships/283310815/ 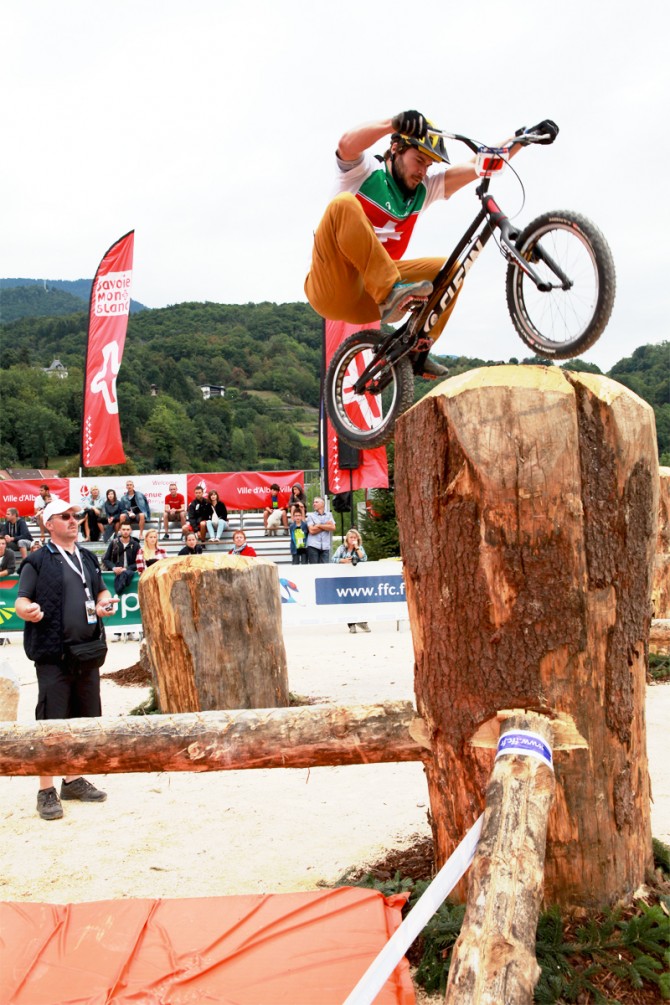 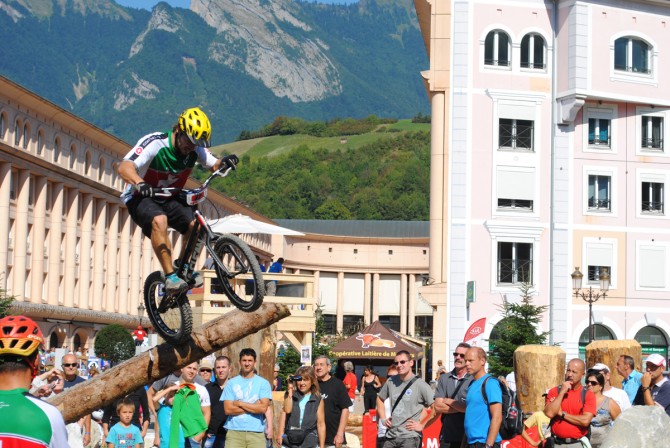 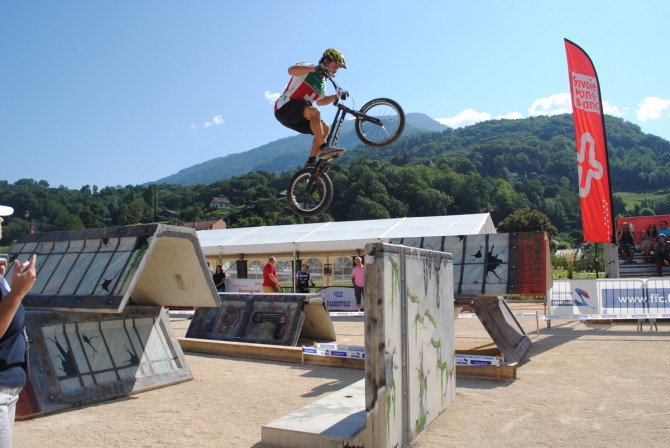 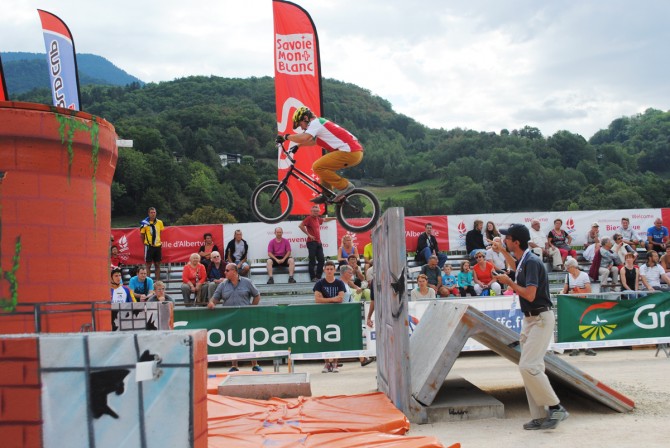 Today was a great day I spend with my friend Loris Braun. We did teach trials to beginners and future champions in Delément, Switzerland for the BCJ “Passeport Vacances”. We were amazed by what some kids can already do with a trials bike. 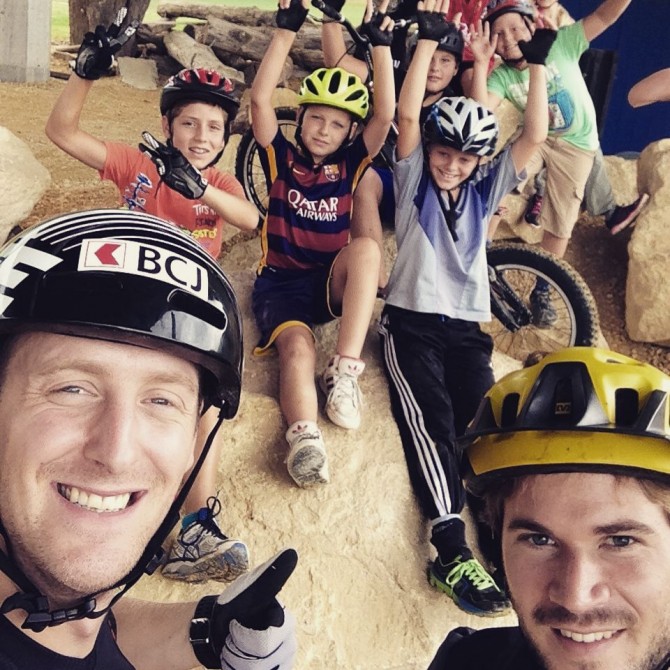 I took part in the European Championships this week-end in Chies d’Alpago in Italy.

Despite an excellent preparation the previous weeks and an incredible will to compete, nothing went as planned.

After a good warm up, I start the competition and fell in the first section. The crash was pretty serious since I totally dislocated my shoulder. I’m rescued by secourists on place and luckily came an experienced french doctor who putted back my shoulder in place.

Then I’m transported in the Belluno hospital for x-rays and a global check. The diagnostic is not really precise yet and I will see orthopedic doctors in a sports hospital when I’ll be back in Switzerland. I’ll know what to do and what I have in more details to recover fast and in a long-term way.

This is really hard to admit in the middle of the season but the best thing I can do now is to focus on my rehab to get back stronger.

Thanks to everyone for your support and I’ll keep you informed. 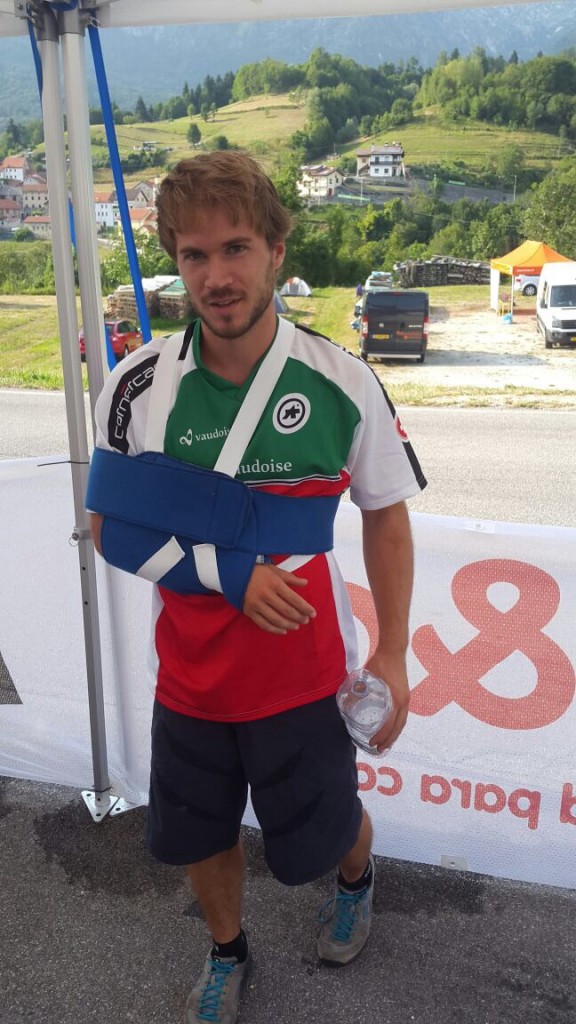