Jérôme Chapuis is a professional trials rider from Switzerland. He competes for Team Switzerland, takes part in national and international competitions, performs shows in Switzerland and around the World and stays constantly active through his videos. 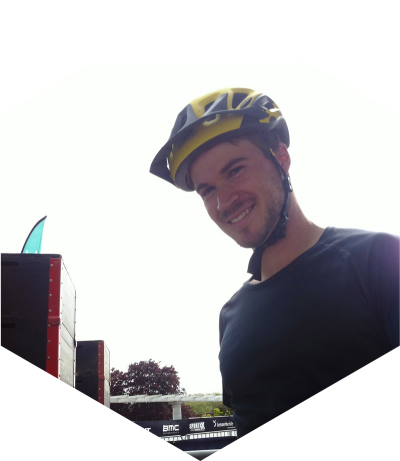 During the year 2014 – and after almost 20 years of biking competitions – Jérôme decided to start a new lifestyle based 100% on his passion: sports.

Between action sports shows, competitions, individual/collective coaching a various videos/TV commercials, he is now fully into his life project

– 2nd place at the Swiss Championships 20″
– 6th at the International London Trials Battle
– 19th at the World Cup in Antwerp, Belgium

Jérôme had a back injury and cannot compete for the entire season.