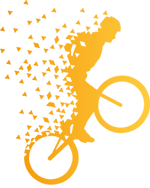 In less than a month, it will be the launching of the 2017 season with the first round of the Swiss Cup ! So it is the good moment to give you some good insights of my training.

My trainings between Southern France and Switzerland

As I announced at the end of 2016, I’ve come with changes for my trainings and preparation. First good news, my training has been completed without any injuries this year. I now following my trainings with the renowned coach Franck Martini, based in Istres, in Southern France. I spend half of my time there where I train really hard with other world-class athletes and competitors.

I deeply wanted to get out of my comfort zone, and I now am. I’m following intense physical and mental trainings to progress whick implies working hard and working good. I accept re-learning movements, re-learning technics, again and again for months now.

I am really optimistic and I feel my progression day after day. That said, only competition is a good indicator for an athlete and I am impatient to confront myself with other competitors during national and international events.

For this new season I aim the Swiss title in 20 inch and several world top-10, and more in the following months/years.

Before that, I’ll have to focus on the first competition with is the first Swiss Cup close to where I live in Switzerland (Moudon, 14th of May) followed by a World Cup in Aalter, Belgium the following week-end.

Want to join the discussion?
Feel free to contribute!